People are often told not to rely on appearances, especially when it comes to determining trustworthiness. But it’s a natural tendency for many, and businesses with a physical store or office can’t afford to neglect appearances when so many people pass by every day, forming and reinforcing impressions each time. Here’s why looks matter for any establishment.

Standing out from the crowd!

Perhaps the most significant effect of appearances for any place of business lies in being able to instantly stand out amid neighboring establishments. Even if the nearby stores or buildings aren’t engaged in competing lines of business, they comprise a part of the scene for everyone who passes by – and as visual creatures, we humans tend to notice and remember only the elements which are distinctive.

A store front in a small town doesn’t have to do much to be noticed – put up a large sign with bold or colorful lettering, and even if it’s home-made it will draw attention to the shop. However, stores in Tampa where the scene is busy night and day will need to invest in commercial lighting and signage solutions to have a striking appearance and avoid getting drowned out amid the lively cityscape. In a digital world, businesses know the power of consistent branding, a clever logo and clean website design; it’s vital that companies extend the same principles to their physical stores and offices. 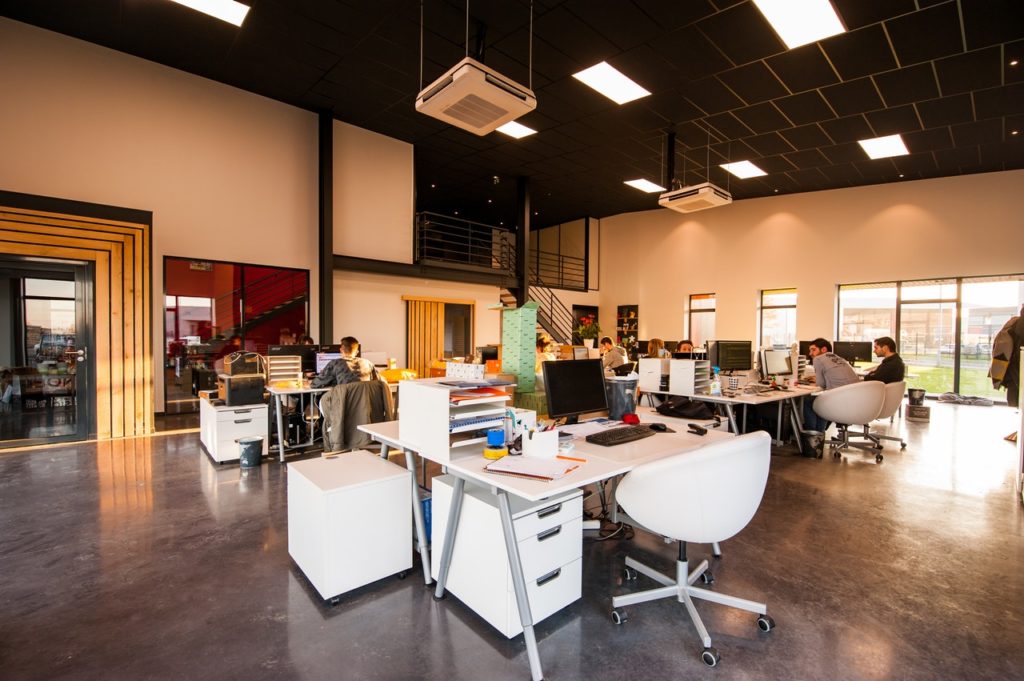 You’ve probably heard this idiom many times – “don’t judge a book by its cover.” It’s usually mentioned in reference to people, and how their external appearance might not match their character, but it also applies to establishments. Restaurants and other businesses in the food industry are well aware of the value of perception in this case; given a choice, who would want to buy food at a place where the exterior shows signs of neglect or poor hygiene? Even if the facilities inside observe the strictest regulations for cleanliness and food safety, people’s perception will be overwhelmingly influenced by the outside appearance.

Keeping a place of business clean, well-maintained, and beautiful inside and out is also a way to communicate a healthy and positive workplace because it improves the safety and morale of employees. Companies that don’t prioritize the well-being of their workers tend to have this lower on the priority ladder; employers that care will invest in improving the environment for their workforce both inside and out.

Showing that the customer matters

Going back to the subject of people and appearances, it’s true that some people dress solely to impress, while others who keep their appearances simple may turn out to be more honest, hard-working, and responsible individuals. The only thing that you can really infer from people’s appearances is that those who make an effort to improve the way they look, do so because it matters for whatever reason.

On the business level, investing in appearances“` follows the same logic – an establishment makes the effort because they want to impress customers and clients. In that sense, it is never superficial; it’s simply part of a genuine recognition that customers matter, and that the company wants to build a positive experience from the outset.

Individuals may or may not choose to make the effort in improving their appearances, but businesses need to leverage this element in order stand out and maintain a positive, trustworthy relationship with their employees and customers.