Conservatories are now a part of many properties for hobby and commercial planting. Small greenhouses are built as extensions of homes, while large ones are generally used for industrial farming and span large land tracts. These structures offer a place for your plants to grow sheltered from the heat, wind, and rain. They are controlled environments that guarantee optimal growth. As such, greenhouses allow the cultivation of plant varieties that would otherwise not survive in your climatic conditions.

Solar window films for greenhouses are among the essential components that will determine how well your plants will grow. Most films used in greenhouses are polycarbonate films that come in various lengths. More often than not, experts recommend the use of two film layers to guarantee the optimal protection of plants from UV rays and heat. Here are some of the things that you should consider when buying a solar polycarbonate window film:

Most conservatory polycarbonate films are transparent and have a photosynthetically active radiation {PAR} rating of 90%. This light transmission rating means that the film will let 90% of sunlight filter to your plants to guarantee that they have the right conditions for photosynthesis. This might, however, be too much for most plants. The PAR rating of films is based on one film layer. If, for instance, you use two layers with PAR ratings of 87%, this means that your conservatory’s light transmission will be 87% of the 90% in window films. You will, therefore, let in 78.3% of light into your greenhouse.

A polycarbonate window film will reduce your energy costs by about 20% through the trapping of radiant heat. The light will come in through the film and heat the growing seats and other surfaces in your conservatory. The film will then slow down the loss of radiant heat from your greenhouse. This does not mean that the film will make your conservatory excessively hot since you also have ventilation in place. The higher your film’s energy rating, the more you will save in heating expenses. 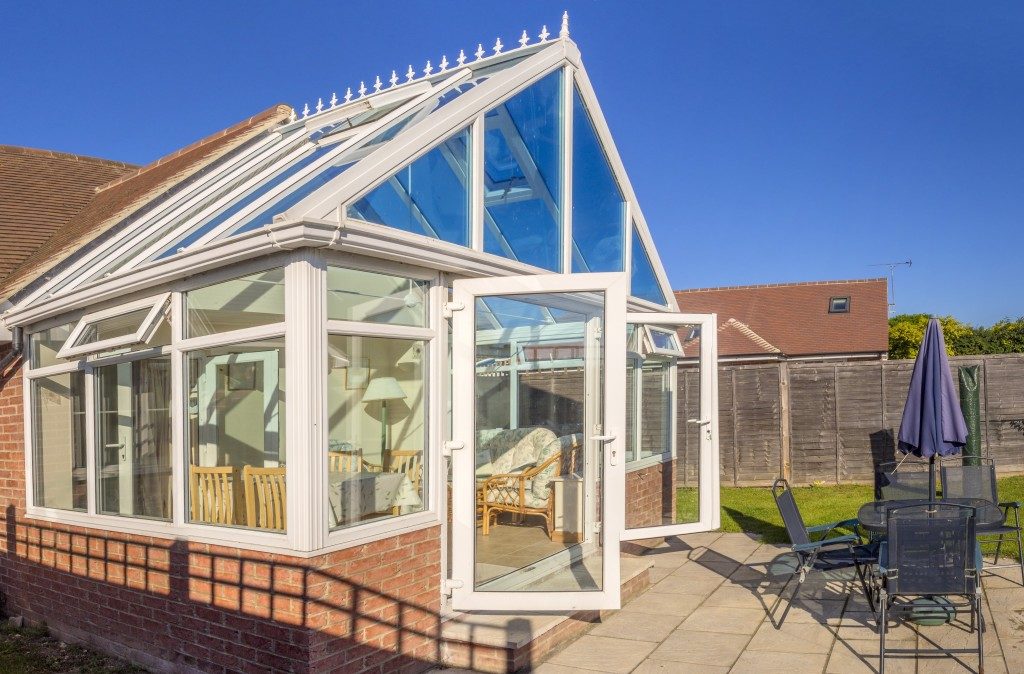 Film manufacturers realised that the optimal growth of plants in greenhouse depended on the dissemination of light throughout. To this end, most films now have a light diffusion capability. This means that the films will not generate any shadow in your greenhouse but rather guarantee optimal light distribution. This way, the plants on your hanging baskets and below growing benches will all get an equal amount of sunlight.

Opt for a film rated as anti-condensate {AC}. This is because the condensation on a film can drip on your plants and negate the tight control that you endeavour to create for your plant’s growth by introducing moisture into the growth environment. Polycarbonate films rated as AC have a protective film on their interiors to avert condensation.