“That I might chisel a statue, line on line,

Out of a marble’s chaste severities!

Set tears within the eyes to make them shine,”

-from “The Statue” by Ella Higginson

Sculptors from the ancient era to the present day have used cool, clean marble to give corporeal forms to the inhabitants of their imagination. Artists in the ancient world were the first to note its malleability and the beautiful translucence. The peoples of Mesopotamia crafted rudimentary figures of animals out of marble while the Egyptians used it to create stylized figures of their rulers, deities, and totemic guardians for their sacred places.

Today, marble use is more commonplace. Building contractors use it for the floors of banks and offices while franchise opportunities that provide home services use it to put a touch of old-world class in kitchens and homes. Marble crafting has come a long way from the time of the Egyptians. But no discussion of marble work would be complete without mentioning the civilization whose sculptures epitomized the perfection of marble: the Ancient Greeks.

The Marvelous Marbles of the Hellenics

The Ancient Greeks began sculpting as a form of art around 800 BCE. These early sculptures were usually made of bronze, clay, or ivory. Wood was also undoubtedly a popular sculpting material, but its less-than-durable nature means that few of these early sculptures survive. Egyptian art inspired the first stone statues that the Greeks carved. These limestone statues stood or sat rigidly, like their counterparts that littered the lands around the Nile.

But the true golden age of Ancient Greek statuary came around the time of the Classical Era, which occurred around 500-400 BCE. During this era, Greek sculptors began to use marble in their projects. Marble’s unique properties, coupled with advanced tools, allowed the Greeks to break free from the rigidity of Egyptian statuary.

Their statues became increasingly lifelike. Some focused on the roundness of the human anatomy, like the Venus de Milo. Others captured the tortured strain of muscle and flesh in agony, like the statue depicting the demise of Laocoon and his offspring. The Greeks even began to increase the sophistication of how they carved the clothes on these statues. They added touches that made them seem wet or chiseled them so that their clothes fell in natural-looking drapes and folds.

While sculptures we see now are generally intact, thanks to the durability of marble, they actually hide a crucial aspect of Greek culture. 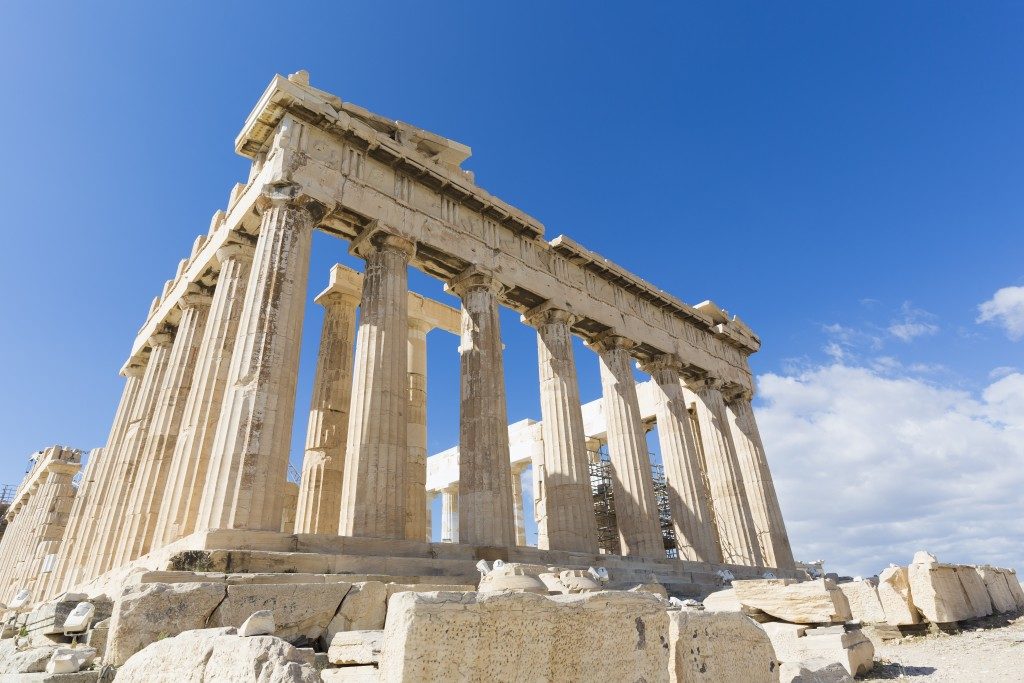 When people picture an ancient Greek city, some of them will envision communities with white marble facades and graceful statues of pale stone. This is the wrong imagery. Time has scrubbed away an important aspect of these statues: their color. Because the first intact Greek sculptures weren’t discovered until the Renaissance, the centuries had leached away the bright pigments the Greeks used to adorn their statues.

A German archeologist used sophisticated devices such as ultraviolet cameras and high-intensity lamps to tease out the colors of these pallid statues. According to his findings, Greek statuary wasn’t an endless parade of dull pale people, but rather a colorful clash of garish colors. This discovery highlights how much of the past modern people are picturing wrong. Fortunately, archeologists are now working tirelessly to give people a complete and accurate depiction of the glory that was Ancient Greece.