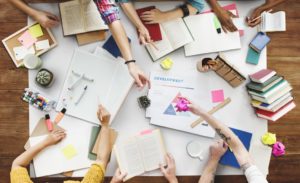 One spring day in 1955, hordes of journalists, photographers and onlookers gathered outside Princeton Hospital, hoping to learn more about the death of Albert Einstein. Instead of joining the chaos, a Time Magazine photographer left the scene, went straight to Einstein’s office at the Institute for Advanced Studies and took a photo of his desk.

Not one inch of Einstein’s desk was free of clutter. Files, folders and books were strewn everywhere, showing that his mind thrived in such a cluttered environment.

It’s not just Einstein who had a messy workspace. A quick Google search would yield photos of Mark Twain, Steve Jobs and Mark Zuckerberg working on desks filled with papers, envelopes, books and a lot of other items. Why do these innovators have such messy desks? If cleanliness is next to godliness, isn’t clutter a sign of laziness?

The answer’s no. In fact, researchers at the University of Minnesota found that a messy desk is a sign of a creative mind.

Researchers tested the participants’ thought process when they were working on either a clean or unkempt desk. The study, which was published in the journal Psychological Science, found that the two desks encouraged different mindsets.

Clean desks seemed to encourage people to do what was expected of them. For instance, when asked to donate to charity, people who worked on tidy workspaces donated more of their money. They were also more likely to select an apple over candy when the researchers asked them to choose between the two.

Messiness, however, encouraged people to be more innovative. Researchers asked the two groups to propose as many new uses for ping pong balls as possible. Those who spent their time on messy desks offered five times as many creative ideas. 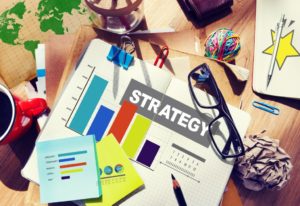 What Works for You

The Independent.co.uk adds that people with creative minds set aside organising documents and books for things they deem more important.

Additionally, they might find a sense of organisation in a mass of papers. Their desks have clutter that only they can operate through. After all, Zircon Interiors, a provider of office furniture, says that the important thing about workspaces is that they induce productivity.

A Propensity for New Things

People who thrive in clutter tend to take risks. The researchers asked the two groups to choose between an older, better-known product and a new one. People working on messy desks tend to choose the new product more often. Those at cleaner desks, meanwhile, tend to steer clear of new things.

The authors surmised that disorderly environments seem to inspire people to break free of tradition and routine. This helps them produce fresh insights and spur creative ideas.

Meanwhile, a tidy workplace, the study concluded, shows that there’s order in your life. It encourages you to make healthier choices and take a more generous perspective.

Don’t feel bad if you’re not the type of person who thrives in an organised space. Your desk may be messy, but your mind isn’t sloppy. It just goes to show that you’re unafraid of the unconventional. Just like Einstein, you have a knack for trying new things and coming up with innovative ideas.