Chimney sweeps take care of the dirty work. They get into residential and commercial chimneys and clean out the soot and blockages they find inside. A trained and licensed professional will provide chimney sweep services. But it hasn’t always been this way.

Back when child labor laws had not been passed in the US, young boys served as chimney sweeps. They dominated the trade because they could fit inside the cramped spaces. Some called them the climbing boys of the 1700s-1800s, and the “profession” only came to an end after its removal from the U.S. census in 1870.

During the 15th century, there were apprenticeships in some areas of Europe. These apprentices allowed for the training of children in a trade, and for businesses to afford cheap labor. And while they could be honorable agreements, some apprenticeships fell victim to abuses.

Some of the worst abuses happened during the Industrial Revolution and the Victorian Era when thousands flocked to the city seeking job opportunities. In turn, the apprenticeships provided job opportunities for poor families. In the chimney trade, small children were the perfect candidates for cleaning. 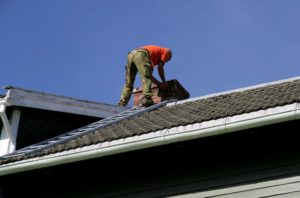 The Great Fire of London in 1666 led to building replacements and the establishments of fire codes. But these also complicated the configuration of chimneys.

The new arrangement led to the construction of chimneys that extended beyond 60 feet, with dizzying twists and turns to accommodate living spaces. And these configurations were necessary to expel the smoke far away from a house or building.

But the twists and corners in these new chimneys made them more prone to ash, soot, and creosote accumulation. As a result, they required more frequent cleanings.

And when the kids entered these chimneys, they were pitch black and tremendously difficult to navigate.

Anyone Could be a Chimney Sweep

In 1773, master chimney sweeps kept about two to 20 children, depending on how many they needed for their business. In most cases, the masters would take the children in exchange for a few shillings.

The government also sanctioned apprenticeships for homeless children — from their point of view, the kids were better off working than committing potential crimes. Females weren’t excluded from the trade, either. Young girls would climb chimneys, as well.

Each child has a blanket where they collected soot after cleaning a chimney. The black, powdery substance was invaluable; master sweepers sold them as dust fertilizer to farmers.

If the master chimney sweep has several children working under him, the older ones will wander the streets, calling “soot-o and clean-o.” This served as a reminder for people to clean their chimneys to prevent fires.

Eventually, the treatment of children improved, thanks to the Parliament. It established a minimum wage for the sweepers and limited the number of children a master could take in. Later on came the demise of the chimney apprenticeship in England in 1875.

The world has come a long way since the story of the climbing boys who braved the chimney sweeping trade during the 1700s. Today, chimney sweeps use modern technology, such as specialized cameras and scopes to make the job much easier.